What a month of aggravations we have had, and it looks like it is only going to get worse.  I am trying to avoid looking at newspapers, or even listening to the news, as the situation is so dire and our government – and opposition – so hopelessly inadequate. Our fearless leader has been sunning himself on holiday, while the catastrophes at home pile up. I think he sees himself as some sort of Colossus, leaving his petty minions to run around like headless chickens in his absence. There are so many major issues that are not being dealt with, that even I have had my usual optimistic attitude to life severely dampened. When, on top of all this, minor aggravations occur, it can feel like the proverbial last straw. I will give you two examples.

Two days ago, on looking online at my bank statement, I was worried that I had paid for something twice, so tried to ring the bank about it. A disembodied voice came on the line and when I had gone through all my details it said – Do you want to hear your balance?  As I was sitting in front of the screen which showed me my account in detail I said no.  The voice said – In a few words explain your problem.  This was difficult in a few words, but I tried to explain that I felt I had paid for a transaction twice. The voice said – You want to hear your recent transactions? and then, before I could say no, proceeded to reel off everything I could see for myself on the screen. At the end of this, the voice said – Is there anything else I can help you with? I screamed YES. The voice said – In a few words explain your problem…  I said, Speak to an advisor.  The voice said – You want to speak to an advisor?  Me, YES. The voice said –  ‘In a few words explain what you want to speak to the advisor about.  Well, I wasn’t falling for that again, so I went on repeating ‘speak to an advisor’, until finally the voice gave up and I was told I would be put through, with the usual proviso that all the staff were busy at the moment but I was to stay on the line, I did so. At last I spoke to a charming assistant who sorted the problem out in no time at all, but the whole call had taken 40 minutes and put my blood pressure up.

For quite a while now I have been bombarded by my electric company, either with telephone calls or by letter, about getting a new smart meter. When another letter arrived yesterday I decided to give in and have one fitted, so I rang them. It took them quite a while to find my account and then they asked me what I wanted. I told them I was ringing about a new smart meter and then was told I would be transferred to the right department. I held on for quite a while, until finally a new person asked for all my details again. I was then told to hold on while they made the arrangements to have a smart meter installed. Finally, with no hint of an apology, I was told that there were no smart meter appointments available!

Of course, all this is on top of shortages in the shops, no petrol and the problems of getting through to a GP.   BUT – I am trying to think positively. The weather has been mild and I have planted up my window boxes that look quite charming. Best of all, I have managed to finish Part One, of the last book in my Rawlings Trilogy… Before I embark on the final part, I am giving myself a break. Time to catch up on my reading and embarking on a new tapestry cushion. 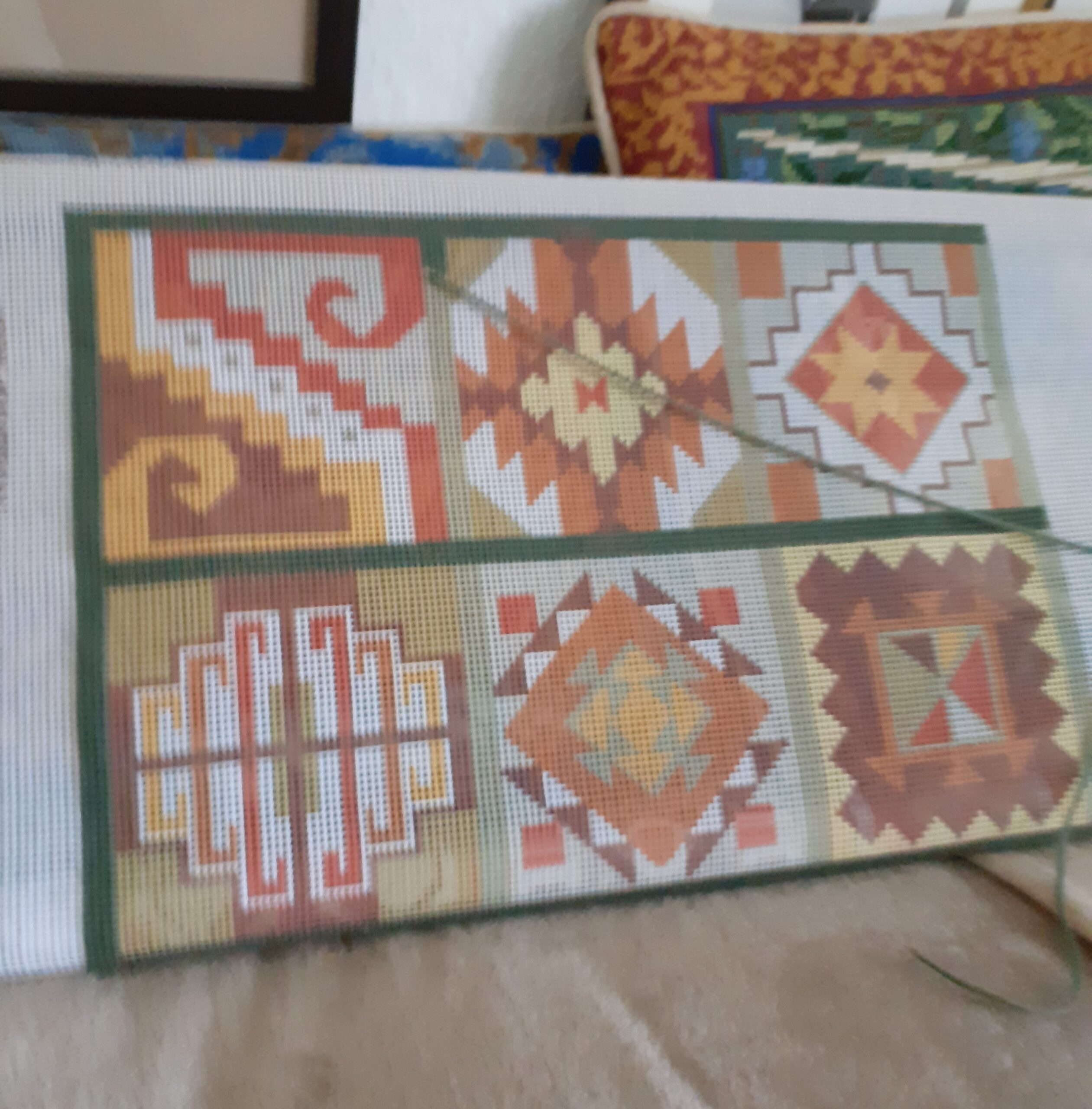